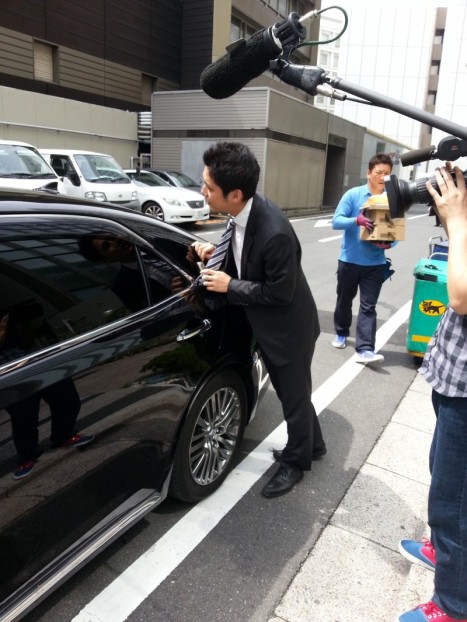 I’m back in Tokyo! While I was doing an interview with TV Tokyo, Mark Karpeles suddenly turned up in the background. He came out of the MtGox office wearing a suit and was waiting to get into a chauffeur-driven car. We were across the street so he didn’t see us until the TV Tokyo reporters ran over. One of them tried to talk to him and Karpeles got into the car quickly and closed the door on him, trapping the reporter’s tie! He wouldn’t open the car door to free him, it’s possible he didn’t know why he was knocking on the window. We were half expecting the car to drive away dragging him down the street. Eventually he opened the door and the reporter was freed, fun over. I wonder what he was doing at the MtGox office if he has nothing to do with the company any more. It looks like it was something official.