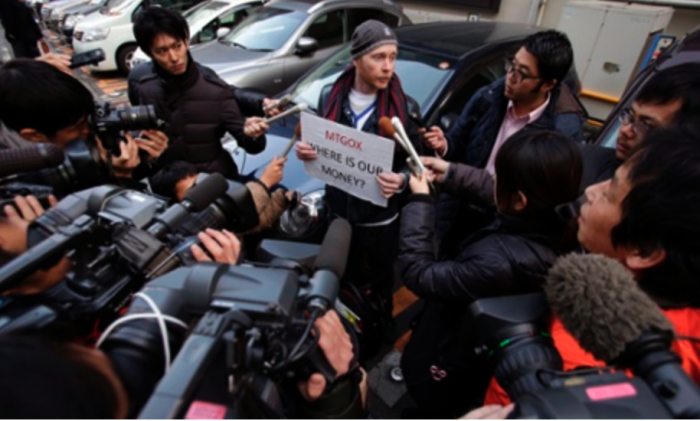 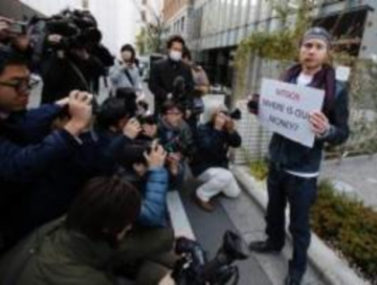 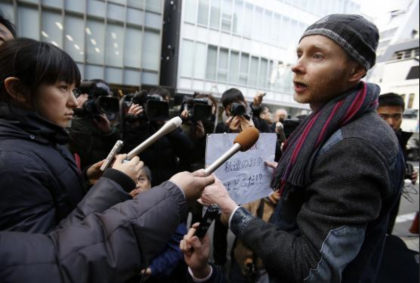 Today the story hit the Japanese media like a bomb. There were large numbers of TV, newspaper and web journalists staking out the original MtGox office in wait for us. I arrived late at 3pm and after pulling out my protest sign I was soon overwhelmed by the media.

Nobody from MtGox or Tibanne is reported to have been sighted at the office but that doesn’t necessarily mean that nobody is there.

The Japanese government made a statement saying that the police, the Finance Ministry and other agencies are now investigating MtGox.

A conversation purported to be with Karpeles has appeared on the net, where he insists he is at home. A linked photo also shows a Cerulean Tower keycard possibly put there for show. People have been to his home and reported that his mail has been backing up so it seems unlikely that he is really there.

A couple of disaffected MtGox customers arrived outside the Cerulean tower in the evening, followed by several TV and print journalists.